The basin which later became Lake Superior was carved out as glacial mountains of ice 2 to 4 kilometres high carved through the soft sedimentary rocks in the mid-continental rift. The lake which we call Superior formed very recently in Geological Time, at about 10,000 years ago as the glaciers melted and the basin filled in with water. Parts 2 and 3 of the diagram below illustrate how the soft sedimentary formations of the rift valley were bulldozed away by the glaciers creating the lake we call "Superior". 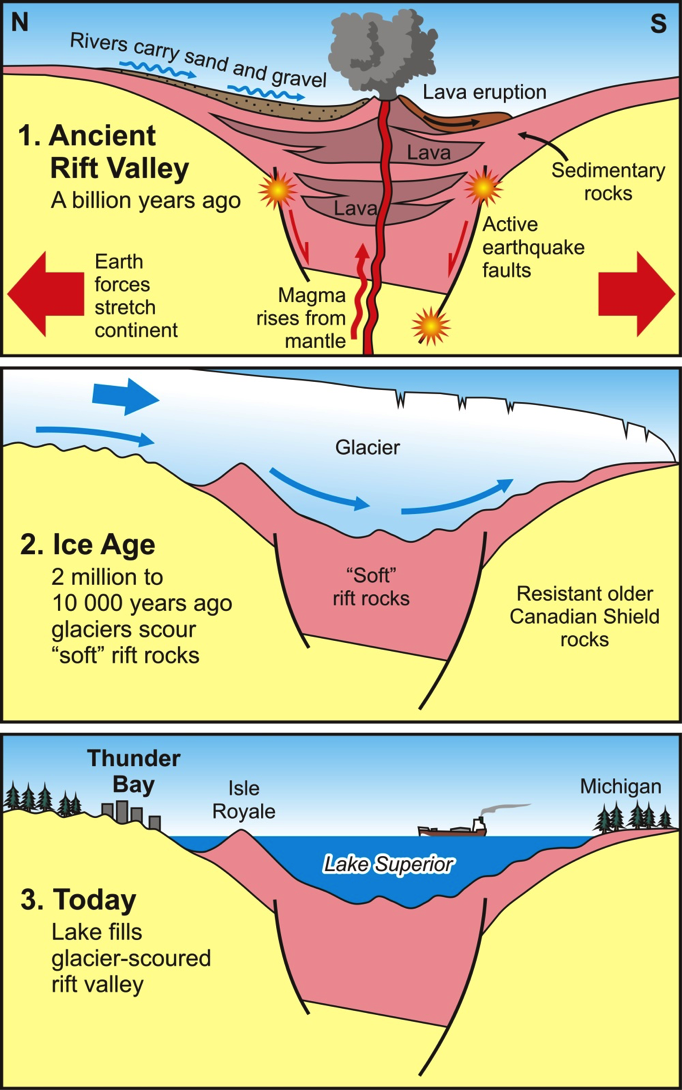 The Earth cooled about 2 million years ago; since then glacial episodes have happened many times carving out the Great Lakes. All images courtesy MNDM GeoTour.