The new Chair was chosen by the Honourable Jeff Yurek, Minister of the Environment, Conservation and Parks. The Source Protection Committee oversees the planning process to establish programs and policies to protect municipal drinking water sources in the Lakehead region, as called for under the Clean Water Act, 2006, and its regulations. The Lakehead Source Protection Plan was approved and became effective in October of 2013.

“I am very much looking forward to my new role as Chair of the Source Protection Committee and working with the Committee members, with whom I have built strong working relationships,” Ms. Kloosterhuis said. “Our Committee has shown a strong desire to protect our water supply and I look forward to working with all of our members to continue this commitment,” said Kloosterhuis.

As a respected community leader, Lucy’s past involvement with the SPC will be invaluable as she guides the Committee in its important responsibilities under the Clean Water Act. Lucy Kloosterhuis is Mayor of the Municipality of Oliver Paipoonge and had previously served a five-year term ending November 2018 on the Lakehead Source Protection Committee (SPC) as a Municipality representative member. 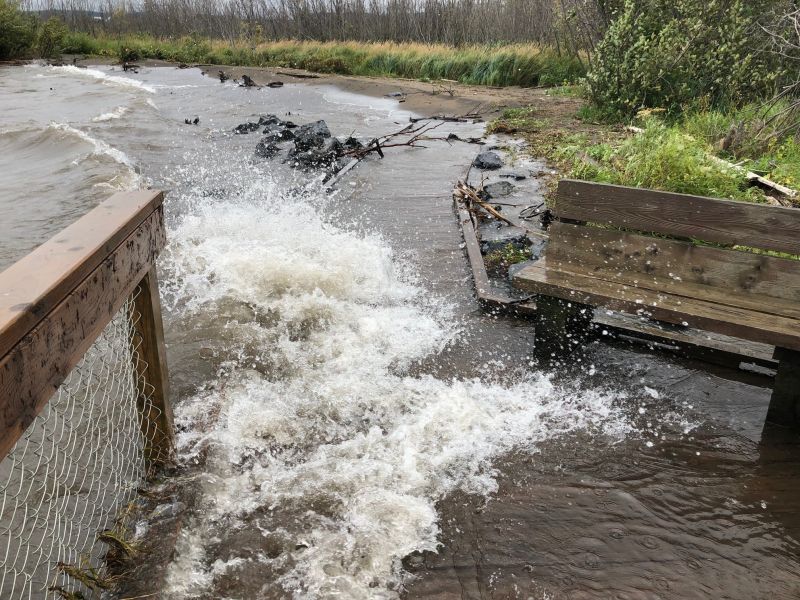 ATTENTION: The Mission Island Marsh Conservation Area boardwalk has been CLOSED for the season.

High lake levels and increasing winds have caused the waves to over-top the boardwalk, which will soon begin to freeze. We ask that, for your own safety, please respect the signage that has been placed on-site and refrain from using the boardwalk until further notice.

Thank you for your cooperation.

The LRCA has issued a Flood Watch for Lake Superior, within its area of jurisdiction. The LRCA advises that water levels on Lake Superior continue to set new record highs. The main concern during high lake levels is shoreline erosion and flooding of low-lying shorelines including beaches and wetlands along the shore. Residents in low-lying areas along Lake Superior should anticipate further water level increases into the fall and a prolonged period of above average levels.